The Tradition of Brewing 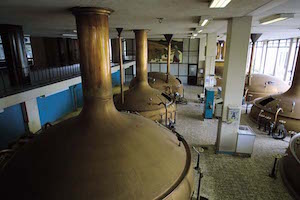 In the “Dinant-Commune” register No. 30 in the Archives of the State of Namur, we lear that, in 1240 and in the presence of the municipal councillors of Dinant, the cleric Gossuin, sold various properties and rents to the Abbey of Leffe, included among them a brewery at Saint-Médard, located on the other side of the Meuse.

In the Middle Ages, the utility of a brewery within a monastery was above all for sanitary considerations. Given the material impossibility of checking whether the spring water was appropriate or not for consumption, the community found in beer brewing a practical means of resolving so crucial a doubt thanks to the purifying process of fermentation. By this means one could hope to avoid epidemics, particularly typhoid.

Like the Cistercians, the Premonstratensians did not hesitate to work with their hands in the fields or on farms. That being so, one of the Leffe Fathers was assigned to take charge of the administration and proper functioning of the Brewery. Very soon thereafter, the mill and the brewery were transported within the Abbey walls.

The Development of the Brewery

Ruined after the passage of Charles the Bold, it took the Abbey a long time to recover its former splendour. The disaster of 1466 had resulted in the destruction of its archives, thus the Abbey was deprived of its property titles. Numerous were the local lay lords eager to contest the property donations to the Abbey that had been made by their parents or ancestors. A long series of legal cases followed and in order to pay the expenses, the Abbey was compelled to sell or rent a part of its domains. Such was the case of the brewery which was leased, under special conditions, to a layman. The latter became, in a certain sense the “manager” of this economic activity which still remained, however, under the control of the Father Abbot or of his representative.

The brewery supplied the beer necessary for the Abbey’s internal consumption. A religious establishment always tries to live in autarchy, that is to say to produce, in a closed circuit, everything that it may need. However, as the reputation of Leffe beer grew, the Father Abbot sometimes allowed certain exceptions to the rule. As in 1640, when he had three barrels of beer each sent to the priests at Loyers and Saint-Georges, on the occasion of their installation in their new parishes. A document from 1654, preserved in the Abbey archives, provides us with precious information on the status of the brewery within the Abbey. This concerns the last will and testament of an “honest man” Norbert Martin, drawn up by the notary Jean of Frahan, in the presence of Norbert’s wife, Catherine of Wespin. We learn that the brewer lived, with his family, in the house behind the big mill and the brewery that he rented from the Abbey. The brewery functioned well, as he bequeathed on his death 3 houses, various possessions and more than 1 500 florins to his family, as well as his new house. The Abbey leased the brewery for 30 florins and collected 250 florins in taxes. The production process remained the property of the Abbot. The brewer, apart from the payment of the various duties and taxes, was also required to give at Christmas one pound of cloves, a custom remaining from the Middle Ages when one paid in kind. 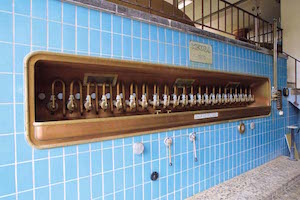 Under the government of this builder-abbot, the Abbey of Leffe underwent a renewal and enjoyed a long period of prosperity. Intent on developing the brewery, he enlarged and renovated it which led the inhabitants of Dinant, in their letter to the Count of Rougrave, to say, in speaking of the Abbey, that it had “a large and spacious brewery”. During the consecration of the new church by the Bishop of Namur and the three-day celebration that accompanied it, the beer of the Abbey was tasted and appreciated by all.

In 1735, the Abbey was compelled to offer its hospitality to a regiment of Hussars. These turbulent “visitors” heedless of the religious character of the establishment, caused considerable damage to the furniture and to the buildings. The brewery suffered from their visit, and the barrels of beer that had not been poured down the throats of these boorish soldiers, were broken or smashed open. The Abbot of Leffe, Perpète Renson, protested with his last bit of energy and sued the city of Dinant which had sent him these overactive “pilgrims”.

The Last Days of the Abbey 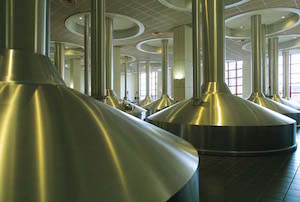 In 1749, the Benedictine Dom Guyton, charged with visiting and inspecting the abbeys of the Order of Saint Benedict in the former Austrian Netherlands, stopped over at Leffe although it was a Premonstratensian abbey, in order to admire the church and to taste its good beer... During the last days of the Abbey, the Father Abbot did not hesitate to spend heavily on the brewery: repairing the lock, the purchase of a new grindstone and new equipment, a new coat of paint for the brewer’s house, etc. The brewery was in a phase of full development when a new danger arrived, destroying 640 years of effort, of sacrifices and of courage: the arrival of the French Republican troops and the suppression of the abbeys in our regions.

In 1796, the Abbey is officially suppressed by the law of the Republic of 15 Fructidor, Year IV, (1st September, 1796) and declared a National Property. It is sold off in successive portions.

By a notarised act dated 25 Fructidor Year XII (10 September, 1802), the Leffe canons, given the impossibility of re-establishing their Abbey, divide up the property which they had purchased with national bonds. The hop field and the brewery, located along the main garden, are attributed to Joseph Georges and Alexandre Fissiaux, former Leffe canons. 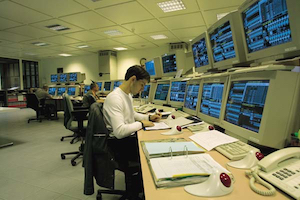 In his will dated October 16th, 1812, the last abbot, Gérard, bequeathed the Abbey to his niece, Angélique Bussy, whose married name was Tournai. She sold it quickly to Louis de Saint-Hubert, on 16 August, 1813, who in turn, on 7 November, 1816, sold it to Auguste des Rousseaux, Director of the Monthermé glassworks in France.

From that point on, the Abbey is split among several owners through sales and legacies. The church is demolished and several houses are built on its site. The brewing activity continues at a slower pace until 1809, when it is finally abandoned. 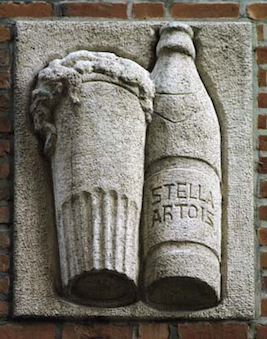 In 1952, the Father Abbot Nys meets Albert Lootvoet, a brewer at Overijse, and informs him of the Abbey’s financial difficulties. In co-operation with the Father Abbot, Albert Lootvoet decides to revive the brewing tradition of the Abbey of Leffe by adopting the traditional brewing processes. Thus, in 1952, a Leffe Dark is brewed once again and meets with an instant and lively success. Now as the Leffe beers already exist in 4 varieties, each with its special character, heavy investments in the Lootvoet brewery are necessary in order to meet the increasing consumer demand. Thus, in 1977, Albert Lootvoet obtains financial support from another brewery, the Brasserie Artois. Production is then transferred from Overijse to Mont-Saint-Guibert. In 1987, a merger of the Brasseries Artois and Piedboeuf, creates the Brasserie Interbrew. This brewery today, in close co-operation with the Abbey Fathers, ensures the production of Abbey of Leffe beers, following the established brewing traditions.

In August 2004, the combination of Belgian Interbrew and Brazilian Ambev, created a new name and a new identity - “InBev”. From 1 September 2005 on, the Belgian organisation changed its name also. Interbrew Belgium NV became InBev Belgium NV.

Our name “Abbaye de Leffe” is often in happy company on the table of friends who are enjoying a beer... of the same name.

Abbey and brewery... what a nice association...

Since the oldest mention of our brewery in 1240 time has passed and history has left its marks. After the turmoil of the French Revolution, our brewery is no longer mentioned, nor is the Abbey.

In 1952 Abbot C. Nijs met with the Lootvoet family, a family of brewers from Overijse. It was the start of a rich, hard working and fruitful adventure. The fruit of this collaboration is today’s well known “Bière de Leffe”.

«Where does your living come from? What are your incomes?»

First of all, says fr Abbot, the Lord cares for us. Then everyone is expected to “do something” for the community, with the greatest care and the greatest joy. As if it was for himself, according to the Rule of Saint Augustin.

We have a common purse and everyone receives according to his needs.

Royalties from the brewery are part of this common income and the sharing according to the needs extends much further than the members of the community. It also reaches out to a great number of needy Brothers and Sisters all over the world.

We would like to be able to say about our Abbey«Here is the Lord worshipped, fed» and proclaimed.