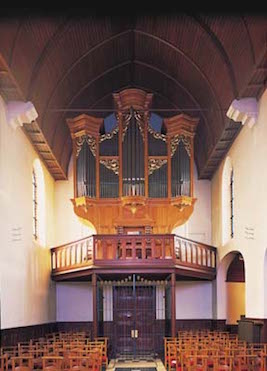 The Leffe organ takes it inspiration from instruments built at the beginning of the XVIIIth century by the organ-builder Gottfried Silbermann (1683-1753) in Saxony, in the east of Germany where Johann Sebastian Bach lived. Following the building of organs at Spa and Mürringen, the prospect of building an organ of this type, in a better acoustical environment was a tempting one. In fact, the interior architecture of the Abbey church and in particular its great wooden vault, promote the interpretation of polyphonic music. The acoustics of the church and the absence of an instrument of this style in the region were the criteria taken into account in the choice of an organ of this kind. In churches in Saxony, we generally find, as at Leffe, low sound reverberation.

We have taken our inspiration from the organ-chest of Grosshartmannsdorf (1741) to design that of Leffe. It is almost 7 metres high, 4.64 metres wide and 2.30 metres deep. Made from Burgundy oak, it is coated with natural oil. The lattice work is carved and covered with paint and gold leaf. The organ-chest encloses the three sound planes, classical characteristics of Gottfried Silbermann organs. 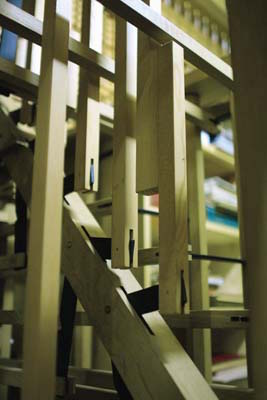 The mechanism of the manuals is of the “suspended” type. The manuals, of Oregon pine, consist of 56 keys clad with ebony in the case of the natural keys and with ivory in the case of the accidentals. The frames and the rollers are made of Oregon pine, the arms and supports of hornbeam. Cedar wood was used to make the trackers. The coupling of the manuals is by a sliding valve, as in Silbermann organs. There are two wind-chests for each sound plane. The frame and the upperboard are of solid oak. The rackboard, the ribbing and the pallets are of Oregon pine. The air supply is provided by two wedge-shaped bellows with a return fold, one for the Oberwerk and the Hauptwerk and the other for the pedal. Pressure for the assembly is 78 mm. Made in our workshops, the pipe work has 1532 pipes. The method of construction of the reed-stops faithfully reproduces that of the Silbermann reed-stops. All pipe work is cut to emit a specific tone. The “La” is 440 Hz at 18°. The temperament chosen is Kirnberger III. Kirnberger (1721-1783) was a pupil of Bach”.

(Description by Dominique Thomas, the organ builder, at its inauguration) 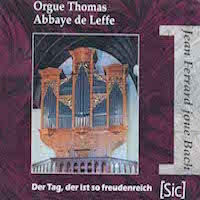 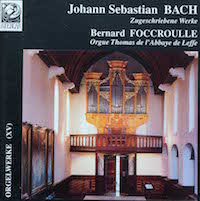 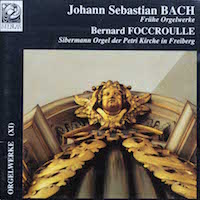 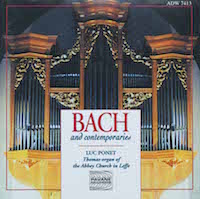 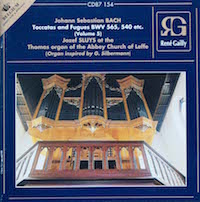 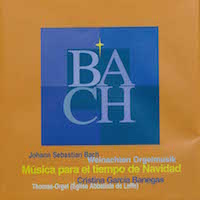 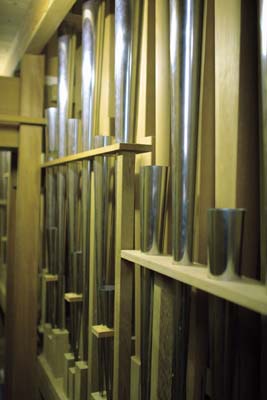